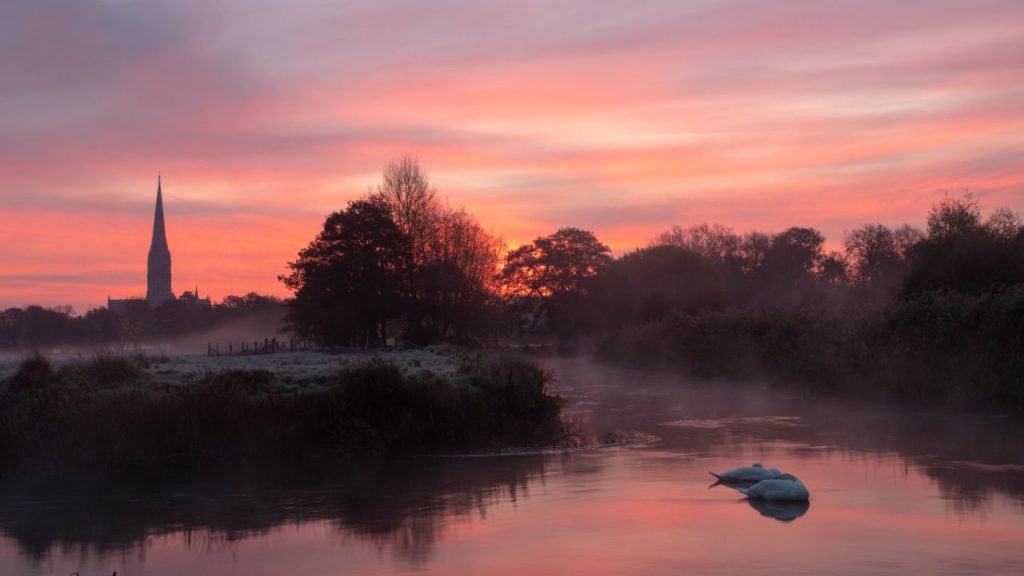 The Green Party has reiterated a call for a ‘State of Nature’ clause being included in the delayed Environment Bill which would require the government to set a legally-binding target of 2030 to halt and reverse the decline of nature.

Green Party MP Caroline Lucas supported an amendment to the bill, with the target seen as a vital way to hold ministers to account - without the amendment, opportunities to save the natural world from irreversible damage would be lost.

Meanwhile, the party has called on road building projects and airport expansion plans to be scrapped following an announcement which said the capacity of Leeds Bradford Airport would be increased despite widespread condemnation and concern.

In Salisbury the Green Party has consistently argued against “improvements” to the A303 or building a bypass around the city.

Lucas said: “The Environment Bill needs to be strengthened if it is to provide the protection that’s urgently needed and that’s why this Amendment is so important. As it is, we have lost protections we had as EU members and what’s being put in their place is weaker.

“What action the UK takes on climate and biodiversity this year matters more than ever because, as hosts of COP26, government policies will be in the global spotlight. That’s why we need to see far greater ambition and the funding to back it.

“We live in one of the most nature-depleted nations in the world, with 15% of our species on the
brink of extinction and just under half of UK wildlife in long term decline. Now more than ever,
the government must listen to these demands and protect the natural world they are failing so badly.”

Salisbury Green Party’s campaigner Rick Page added: “We applaud the approach of the NFU under its Wiltshire-based President, Minette Batters, which aims to make UK farming carbon neutral by 2040. We recognise that farming is changing, as it must, but would urge them to go even faster.”

Being largely confined to our homes during the pandemic has underlined how precious nature is
and how important it is for our wellbeing. It has offered a mental space for reflection and
connectivity, and a physical space for exercise and seeing friends (even if at a distance).

The government is failing to put in place protection of our natural world, something the Green
Party would make a priority. Three important Green Party areas of focus within nature are:

- The Greens would strengthen protections given to the Green Belt, Areas of Outstanding Natural Beauty and Sites of Specific Interest. We would ban mineral extraction in all National Parks to preserve the havens they provide for wildlife.
- We would invest in peatland restoration to increase carbon capture and act as a natural
defence against flooding in local communities.
- We would invest in ecotourism and rewilding schemes bringing about habitat recovery and benefiting local communities through tourism and job creation.

- We would create pockets of green space throughout urban areas to promote biodiversity and help people access the physical and mental health benefits of nature.
- We would implement affordable, clean transport to reach National Parks through new cycling, walking and bus routes to encourage the enjoyment of the natural world on a wider scale.
- We would create a new ‘ecocide’ law to prevent crimes against the natural environment.

- An agricultural transition is needed to protect and regenerate nature. Intensive farming is harmful to the natural world through, for example, the use of toxic pesticides which affect the cognitive abilities of pollinators like bees. The removal of hedgerows and grass verges in an effort to maximise profit also leads to the destruction of habitat for wildlife.
- The Greens would work with farmers to transition them to more sustainable, diverse and environmentally friendly forms of land use, including organic farming and agroforestry in a move away from intensive farming.
- To facilitate this, grants would be given to farmers to encourage a new approach to farming, which would see millions of trees being planted and a radically scaled back use of toxic pesticides to restore a natural balance to the countryside.