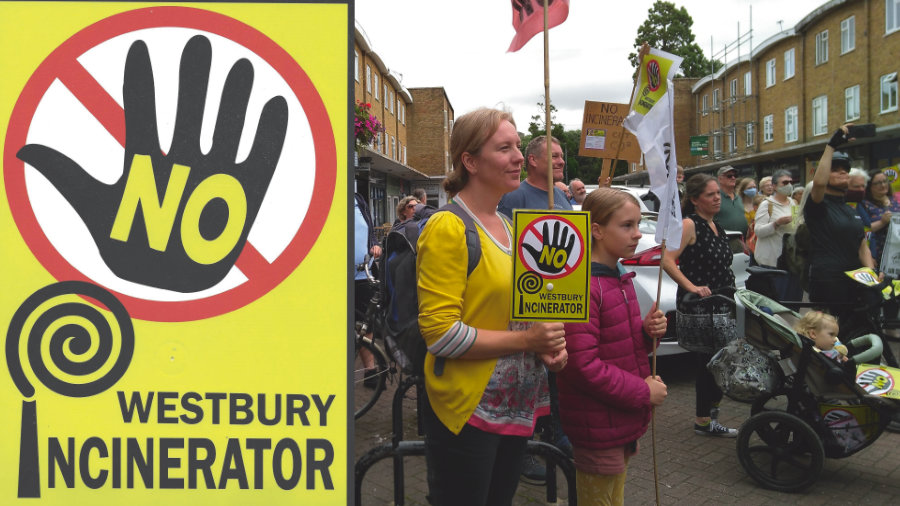 It's the worst thing we can do with our rubbish

One of the first decisions of the new Conservative administration on Wiltshire Council was to approve plans for a huge incinerator in Westbury, which makes a nonsense of all their claims to be trying to tackle the problems of climate change. Burning our rubbish is one of the worst things we could do in relation to climate change, and if it is built the new plant will add an estimated 16% to Wiltshire's current level of greenhouse gas emissions, and will continue to do so for at least 30 years – to beyond the present government's 2050 target date for reducing all the UK's net emissions to zero.

Local people in Westbury have been opposing this plan for the past six years, and have gained the backing of the Westbury Town Council, neighbouring parish councils, and even the local Tory MP Andrew Murrison. Local businesses are also against it, especially the ARLA butter factory which is a near neighbour of the site, and expects to have to close with the loss of many local jobs, because of contamination fears if the incinerator goes ahead.

This is much more than just a local issue for the people of Westbury though. It should concern people throughout Wiltshire, because it will be waste from council collections all over the county which will be burnt there, as well as thousands of tons of imported commercial waste from beyond Wiltshire's boundaries. Although local residents will suffer the worst effects from toxic pollutants from the site and from increased lorry traffic, we all share the air we breathe, and the increase in greenhouse gases is a global problem.

Although the plant will generate some electricity from the waste burning, this is no excuse because only coal-fired generation is worse for the environment. Current air quality controls will limit the amount of large particles which are released, but do not cover either climate-changing CO2 or the smaller toxic micro-particles, especially heavy metals and those derived from burning plastics, which are a known cause of cancer and other health effects.

Waste contractors Hills, who are behind the scheme, have had a cosy relationship with successive Wiltshire Council administrations over many years, and have a long-term contract with the council (renewed in 2014 with no competitive tendering) which requires the council to supply them with at least 50,000 tonnes of waste for burning every year. It is this contract which is the root of the problem, and needs to be set aside.

The plan now has to be either approved or “called in” by the new Housing and Local Government minister Michael Gove, so both he and Wiltshire's MPs need to face an urgent deluge of letters and protests from Wiltshire residents if this plan is to be stopped. They can be written to at the House of Commons, or emailed via the parliamentary website, at www.members.parliament.uk.