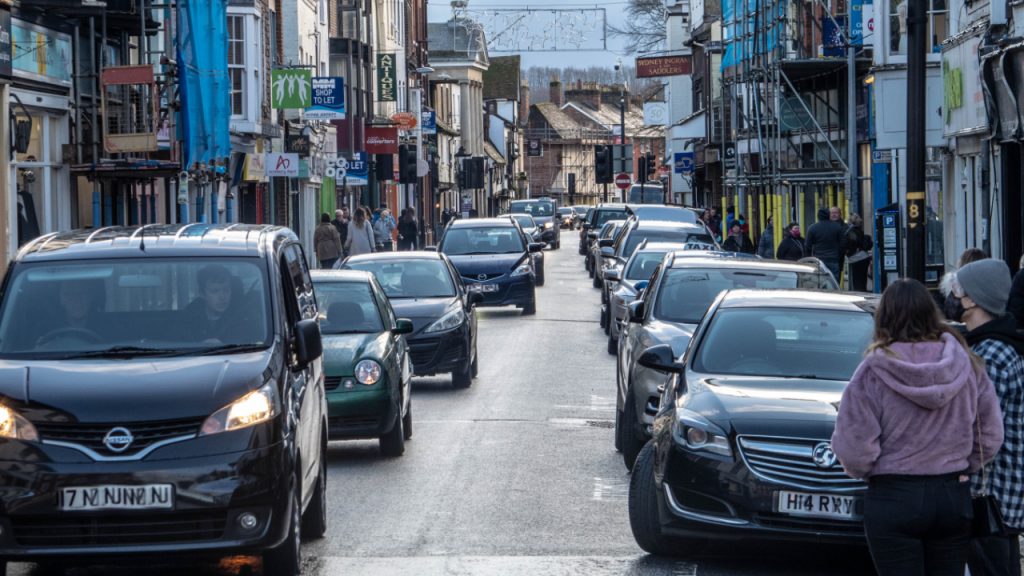 Both locally and nationally, the Conservatives have completely lost their way in terms of transport policy. So many changes of direction that U-turn is no longer an adequate metaphor: they are more like a vehicle going round and round a roundabout, and whenever there's a possible way out compulsively steering to the right instead.

Back in the summer, Transport Secretary Grant Shapps launched his new strategy to promote healthy greener transport options and reduce air pollution, with cash for local councils to spend on new cycle routes and traffic reduction schemes. Our Tory councillors in both Salisbury and Wiltshire jumped at the opportunity, and produced the long overdue People Friendly Streets scheme, and even Wiltshire transport chief, Cllr Bridget Wayman, took time off from re-tweeting Trumpian conspiracy theories of climate change denial to assure us (correctly) that reducing traffic is actually good for business as well as quality of life.

However, no sooner was the experimental scheme put in place, and the predictable voices of a minority of nay-sayers were raised against it, than the same Tory councillors who had voted for it turned against Salisbury City Council leader Jeremy Nettle and deposed him, and have now been joined by MP John Glen calling for it to be suspended. Yet the sensible majority of Salisbury residents I have spoken to, even if they have some doubts or reservations, are at least prepared to give the experiment a chance and to see how it could be improved if necessary, while many others have warmly welcomed it.

Meanwhile, Grant Shapps has also turned his back on environmental concerns and given the go-ahead for the Stonehenge tunnel. Having put in place a panel of experts to advise him, he decided to ignore their advice and do the opposite - a similar strategy to that employed by the government in regard to the Covid pandemic, and likely to prove just as unsuccessful. He is pursuing his boss's strategy of "Build, build, build, whatever the consequences", while Boris himself has pirouetted again to adopt the mask of "green Boris", hoping to impress the world at next year's COP climate summit despite vandalising a unique World Heritage Site.

Confused? I think we all are, but not as confused as the Conservative Party.