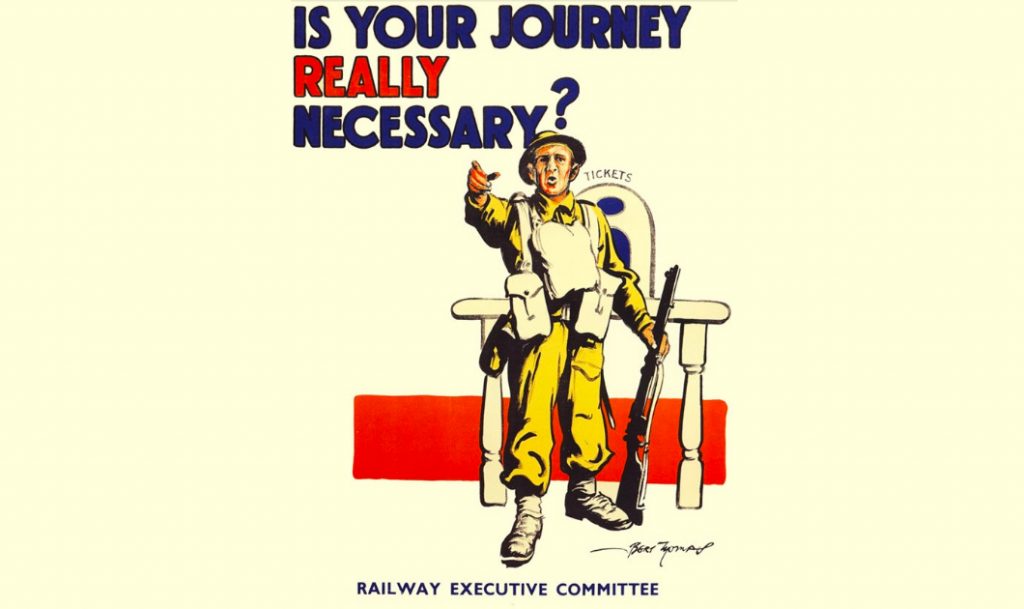 One good effect of COVID-19 has been the dramatic reduction in air pollution, both in the UK and throughout the world, caused by the reduction in traffic. The quieter streets and cleaner air have improved the quality of life for everyone, and encouraged many more to enjoy walking and cycling.

As we come out of lockdown, we should aim to hold on to these benefits.

Scientists believe that air pollution is responsible for 8.8 million annual deaths worldwide, making it a far bigger killer than coronavirus, although one which failed to produce the same kind of alarm or emergency action from governments. It is estimated to kill up to 64,000 people per year in the UK. For this reason alone, keeping traffic down should be just as big a future priority as keeping the virus down.

There is also climate change. A study published on May 19th in the journal Nature Climate Change found that by early April, daily global carbon dioxide emissions fell by 17% compared with 2019 levels, as the coronavirus pandemic forced much of the world into lockdown. To combat climate change, we need to sustain that reduction once the lockdown is lifted.

Another result of the COVID crisis is that millions of workers have found that modern technology has enabled them to work from home. Hours spent commuting, overcrowded trains, traffic jams, stress and road rage have been exchanged for quality time with families and increased leisure, while bosses have noticed that the work still gets done with costly office space left empty. Home working is likely to remain a part of the New Normal.

Shopping trips have become fewer, partly due to a further rise in online shopping which is unlikely to be reversed, but there has also been an increase in use of local convenience stores within walking distance of home – both trends which should help keep unnecessary journeys down. Consumer habits as a whole have also changed, with a re-evaluation of what is essential (food, shelter and loved ones), and what is not, and an enforced break for shopaholics.

Added to this, many have found an increased appreciation for nature, for cleaner air and birdsong, and for the healthy exercise of walking and cycling, and have resolved to use their cars less. Our New Normal has to encourage these positive developments, rather than returning us to the old polluting rat race existence.

In August 2018 a report published by the UK government Committee on the Medical Effects of Air Pollutants (COMEAP) estimated that between 28,000 and 36,000 people die as a result of air pollution every year in the UK. In March 2019, a report by Professor Thomas Munzel and researchers at the University Medical Centre Mainz, published in the European Heart Journal, put the figure at 64,000 deaths in the UK in 2015, including 17,000 fatal cases of heart and artery disease. The German researchers estimated that more than 790,000 additional deaths per year in Europe alone can be attributed to dirty air, and as many as 8.8 million globally.

IS THE ANSWER ELECTRIC?

Electric vehicles are clearly cleaner to run than petrol or diesel, but making cars of any sort still has a big environmental impact. Replacing all our present cars would have a huge cost to the planet, as well as a financial one.

A good alternative is car clubs, like Co- Cars in Salisbury, whose members can get a car on an hourly rate when they need it, but share the capital and annual running costs. This makes it a very cheap option for those who only use a car when they really have to.

Another answer for short trips around town could be electric scooters, which can be hired on the street with a phone app. These are commonplace in other countries from Sweden to New Zealand, and the government has now agreed to allowing trials in UK towns and cities.

However, the real key to reducing the need for car use has to be improving public transport, making it cheaper, cleaner and more user-friendly. When Salisbury Reds unveiled their first new electric buses at the end of January, it was a good start, but if we are to reach the target of a carbon neutral Wiltshire by 2030, this needs to be the start of a decade of investment to update the whole fleet and improve services.

CITIES FOR PEOPLE – NOT CARS

Even the government has woken up to the changes in travel habits, and has allocated money to coucils to increase pedestrianisation and cycling provision in the wake of coronavirus. Wiltshire Council has been given £450,000, and Salisbury City Council has produced plans for the city.

These measures will be initially temporary, and are in part designed to help facilitate social distancing, but government guidance includes streamlined procedures for making them permanent.

As well as making towns and cities more pleasant places to live and to visit, pedestrianisation has been shown to increase trade in town centres, and has generally proved popular wherever it has been introduced.

In many areas cycling has increased by as much as 70% during the pandemic, and cycle sales have boomed. Walking and cycling benefit both health and air quality, and the Green Party has long campaigned for measures like these.

Air quality in Salisbury has been poor for many years, with pollution levels recorded 50% higher than the EU legal maximum even in winter.

Salisbury Green Party is very happy to back these plans from Salisbury City Council, which would preserve access for cycles, buses, taxis and blue badge holders, while discouraging daytime deliveries.